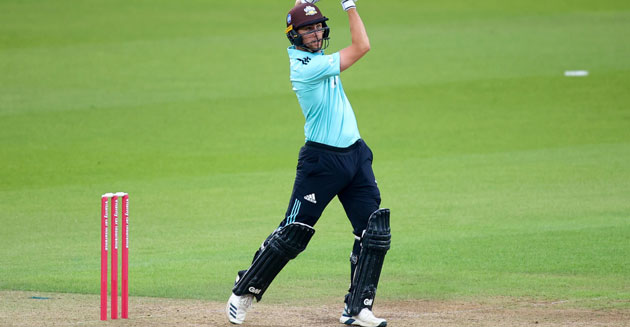 By Emily ClarkNovember 22, 2021No Comments

Will Jacks and Jamie Overton have both made impressive contributions to the Abu Dhabi T10 League that started this weekend.

After a slow start for both players, they hit lift off yesterday with Overton blasting 33 off 18 balls for his ‘Team Abu Dhabi’ side to be named Man of the Match as they beat the Deccan Gladiators by four wickets at the Sheikh Zayed Stadium in Abu Dhabi. Overton also contributed an over that went for just four runs. Later that night, at the same stadium, another Surrey man lead his side to victory – this time Will Jacks.

Jacks hit 57 off just 22 balls, striking at an incendiary rate of 259.09, as his Bangla Tigers chased down the 127 they had been set to win by the Northern Warriors (who feature Surrey T20 skipper Chris Jordan).

The league is available to watch in the UK on the FreeSports channel, with matches generally starting at 2pm and 4pm, with an extra slot at weekends at 12pm.