After GRADUAting FROM THE SURREY ACADEMY, POPE IS NOW A CENTRAL FIGURE IN ENGLAND’S TEST AMBITIONS OVER THE COMING YEARS.

Ollie Pope burst onto the scene in 2016, when he was surprisingly called up to play his debut in the Royal London One Day Cup Semi-Final as an 18-year-old. It was in 2018 that he made such a huge impact on the Specsavers County Championship team. After early season centuries against Hampshire & Yorkshire, Ollie was called up to make his Test debut against India at Lord’s.

A shoulder injury at the start of the 2019 summer threatened to spoil Pope’s season but after a faster than average recovery, Ollie made up for lost time scoring 561 runs at an average of 80.14 including a career-best 221 not out earning him a Test call up for the tours of New Zealand and South Africa. That South Africa tour brought him his maiden Test century before more appearances against West Indies & Pakistan followed in the summer of 2020.

After suffering another shoulder injury, Pope returned to fitness in 2021 and impressed in the LV= County Championship before another injury forced his withdrawal from The Hundred. 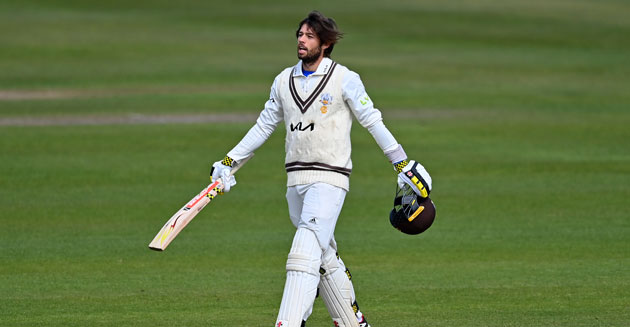