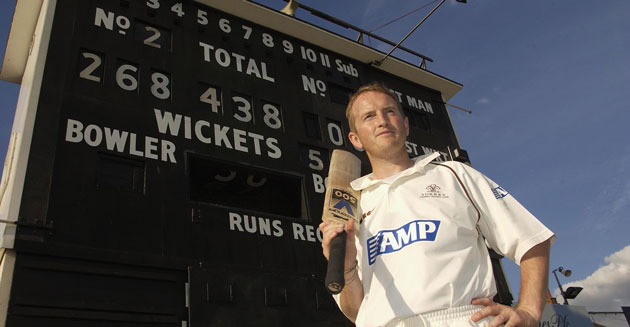 Run feasts and attritional battles across the years have all featured in Surrey’s List A contests against Glamorgan.

Richard Spiller looks back at a few of them before the counties meet in the Royal London Cup on Tuesday.

The first occasion Surrey and Glamorgan met in List A cricket came in 1965, two years after the Gillette Cup had been inaugurated.

Alan Jones (41), Tony Lewis (47) and Peter Walker (21) were the only members of the visiting side to reach double-figures after Ossie Wheatley had chosen to bat first at The Oval, a decline from 98-1 to 146 all out in the 46th over sped by the last four wickets falling for four runs. Seamer Geoff Arnold profited most, returning 4-26 from 11.1 overs, while Stewart Storey finished with 2-5 from five.

John Edrich’s 65 spearheaded the chase, adding 51 for the second wicket before Storey (34), Mike Willett’s 37 helped Surrey to victory with eight of the 60 overs remaining. Off-spinner Don Shepherd took 2-40 from 12 overs, Walker’s 13 having yielded a mere 16.

It put Surrey on the road to the final, where they lost heavily to Yorkshire.

How Surrey could have done with a good run in the Gillette Cup in 1977. They finished in the bottom half of both the County Championship and Sunday League and had been banished from the Benson & Hedges Cup in the qualifying stages.

Beating Lancashire at Old Trafford gave hope but a trip to Cardiff ended their chances of averting a miserable season. Skipper John Edrich hit 53 after choosing to bat first, putting on 57 for the first wicket with Alan Butcher (31,) but the next best was Younis Ahmed’s 27. At 169-5 the visitors could have still posted a challenging total but then subsided to 199 all out in the final over, two wickets each falling to Malcolm Nash, Tom Cartwright, Collis King, Alan Wilkins and Gwyn Richards.

When the reply faltered at 28-2 there was still hope but Alan Jones (54) and West Indian all-rounder King (55) added 101, Mike Llewellyn’s 37 all but ensuring Glamorgan went on to win with 3.4 overs in hand in a run which took them to the final before losing to Middlesex at Lord’s.

Tony Murphy’s finest hour turned out to be just about his final one for Surrey too.

Heavy wins over Staffordshire and Lancashire had earned Alec Stewart’s side a trip to Swansea, where the pitch spent two days sweating under covers before the action started.

West Indian speedster Cameron Cuffy instantly rewarded Stewart for inserting the hosts by removing the openers and then Murphy, the wholehearted seamer who had joined from Lancashire in 1989, got to work.

He claimed a career-best 6-26 from 12 overs which ensured Glamorgan were bowled out for 161 in the 56th of their 60 overs, Stewart more than playing his part by taking seven catches, a new competition record.

Darren Bicknell and Stewart (24) departed early but Graham Thorpe’s 56 steadied any nerves, victory coming in the 49th over.

When Surrey took on Worcestershire in the semi-final two weeks later, though, Murphy was left out for fit-again Martin Bicknell and soon left the club.

It was no classic but the match at Sophia Gardens on Sunday September 15 was a special one for Surrey. Without a trophy for 14 years, victory would assure them of their first Sunday League title and cap a splendid summer of renewal under new manager David Gilbert after the woes – on and off the field – of the previous year.

If nerves were jangling it was no surprise given tense two-wicket victories over Warwickshire and Northamptonshire but Alec Stewart’s side knew a win would be enough given their run-rate was so superior to Nottinghamshire, level both on points and wins.

There were no scares along the way, Stewart sending in the hosts and seeing them struggle to 159-9 from 40 overs, the main obstacles being opener Steve James (43) and Tony Cottey (41). The latter was among three victims for Adam Hollioake, who had already established a new Sunday League record of 36 victims before the match.

Mark Butcher (30) and Alistair Brown (41) made a swift start to the reply, Graham Thorpe making 28 and Stewart (41no) being at the wicket with Nadeem Shahid (4no) when victory came by seven wickets, with 7.1 overs to spare, to launch the party.

One of the all-time classic one-match matches broke as many records as it lost balls, the groundstaff spending much time outside the ground searching for balls which had flown out of The Oval.

At its heart was Alistair Brown, whose 268 was at the heart of affairs – the highest individual List A score, driving Surrey to a team record of 438-5 in a new best aggregate of 867. The latter figure underlines just how close Glamorgan came to pulling off what would have been an incredible victory on a day when bowlers were relentlessly pummelled, the 60 yard boundary on the gasholder side a major factor alongside the pluperfect pitch.

Brown and Ian Ward set the tone with an opening stand of 286, Ward departing for 97 as Brown relentlessly went about his work, his second List A double-century taking 160 balls, including 12 sixes and 193 coming in boundaries. He was particularly harsh on Darren Thomas but the Welshman gained some revenge after Brown’s departure – bowled by Michael Kasprowicz – to finish with 3-108 from nine overs, a landmark for runs conceded, as Surrey fell away a little to 438-5 from their 50 overs.

Any idea that Glamorgan would surrender meekly was quickly expelled, acting captain Robert Croft hitting the first five balls of the reply for boundaries. The unfortunate bowler, Martin Bicknell, claimed he suffered whiplash injuries from watching the ball sail over his head so often.

There were still 108 needed from the final 10 overs but left-hander Thomas cracked 71no from 41 balls, even the great Saqlain Mushtaq rendered impotent as his 10 wicketless overs cost 82. It needed the cool head of skipper Adam Hollioake, newly returned from Perth, to win the match for his side, claiming 5-77 and bowling last man Dean Cosker from the penultimate ball of the match to finally settle the match.

Glamorgan had scored more runs off the bat but ultimately cost themselves victory by conceding 30 extras to Surrey’s 13.