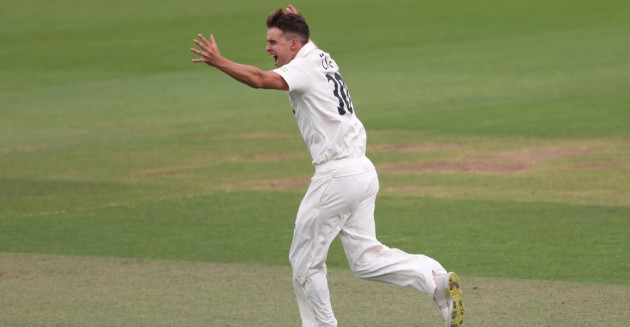 By Ben RedwoodSeptember 11, 2022No Comments

In what has been a sombre week for the nation, Surrey return to County Championship action on Monday with an away trip to Northamptonshire.

As a mark of respect to the passing of Her Majesty the Queen, Rory Burns’ side will wear black armbands for the duration of the four day game.

Tom Curran returns to the LV= Insurance County Championship squad. His last appearance for Surrey was in April 2019 in the draw with Essex.

The Surrey squad is: Surrey defeated Warwickshire in July after an excellent final day with bat and ball.

In response, Surrey were bowled out for 316. England’s Ollie Pope scored 65 in addition to contributions from Will Jacks (44), Jamie Overton (38) and Conor McKerr (37).

After taking two early wickets in the Warwickshire second innings – Alex Davies (49), Chris Benjamin (38), Sam Hain (96) and Will Rhodes (74) frustrated Surrey on Day Three. However, Kemar Roach took four wickets in an hour to rip through the Bears middle order early on Day Four. At one stage the Bears lost four wickets in 15 balls and, overall, their last six wickets fell for the addition of only 40 runs in 11.5 overs. The West Indian fast bowler finished with figures of 5/72 in the second innings as Warwickshire were bowled out for 310.

Surrey were set a target of 248 from 82 overs.  Burns and Ryan Patel launched Surrey’s chase with a purposeful opening stand of 58, before Patel lifted a drive at Nathan McAndrew to extra cover to go for 24.

And Burns, who had survived a big lbw shout on 0 when he shouldered arms at Liam Norwell, then combined well with Amla before – tied down a little by Danny Briggs’ accurate left-arm spin – he tried to whip a ball through a well-set legside field and was caught at mid wicket.

Pope’s aggressive cameo ended with a top-edged hoick to point off Brad Wheal and Ben Foakes also skied a catch off Briggs on 2 before Will Jacks arrived to sweep and then reverse-sweep his first and fourth balls for six, both off Briggs, and then finish the match with another six over extra cover off Wheal. Northamptonshire currently sit fifth in Division One of the LV= Insurance County Championship. They have played 11 – won two, lost three and drawn six match so far this campaign. Last week, Northants were defeated by an innings and four runs vs Hampshire.