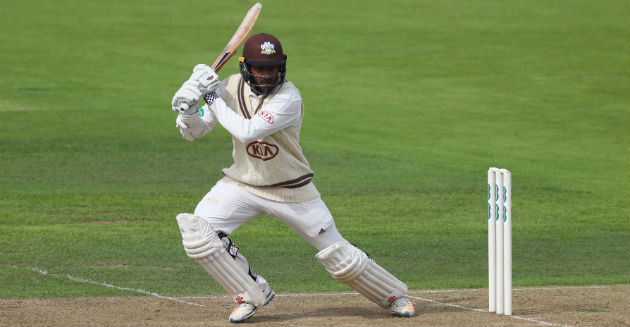 Surrey’s Second XI are in action at LSE New Malden this week – taking on their Hampshire counterparts in a four day Championship match.

This report will be updated over the course of the week as the game progresses.

Nine professionals are included in the initial team. However, additions from the First XI squad over the last two weeks are also likely as the coaches try to make up for the lack of cricket played so far in May due to persistent rain in Leicester and Taunton.

Surrey will be looking for their first win of the year after one loss and two draws against Yorkshire & Sussex so far. Hampshire have been in imperious form in this competition so far, sitting pretty at the top of the table with three victories.

As we cannot yet guarantee the safety of players, staff and supporters alike at non first-class grounds, spectators will not be permitted at this fixture. You can follow the action on a live scorecard here.

Surrey captain Ryan Patel won the toss and elected to bat first, opening the innings himself and forming an opening partnership with Ben Geddes.

The two added 27 before Geddes (12) was trapped LBW by Scott Currie, who followed up with an excellent delivery to nick off Will Jacks (8).

Laurie Evans (17), added 60 with Patel before being bowled by James Fuller, the New Zealander then adding Nico Reifer (0) in the next over to leave Surrey 113/4.

This became 117/5 when Patel (59) was caught first slip off Currie and Hampshire continued to take regular wickets. Ryan Stevenson removed Gus Atkinson (17) and triallist Justin Broad (10) was caught behind off Harry Petrie, who also accounted for Conor McKerr (4) – and Nick Kimber (8) was the last of the day to fall, caught behind off the glove, to leave Surrey 185/9 when the rains came to end the day.

11 wickets fell on an action packed second day at LSE New Malden to leave Surrey firmly in charge of this.

It turned out to be a disappointing third day for Surrey, as were bowled out for 148 and saw our opponents chase down the 176 required with seven wickets remaining.

Laurie Evans and Justin Broad provided the only real resistance in Surrey’s second innings, scoring 50 and 36 respectively. In addition to those, only Nicholas Kimber made it out of single figures, scoring 10.

Things looked relatively promising for Surrey when Hampshire fell to 42/3 in their response. Those wickets from James Taylor (2) and Conor McKerr were not capitalised upon however as Hampshire’s Tom Scriven and James Fuller put together an unbeaten match winning partnership of 134.