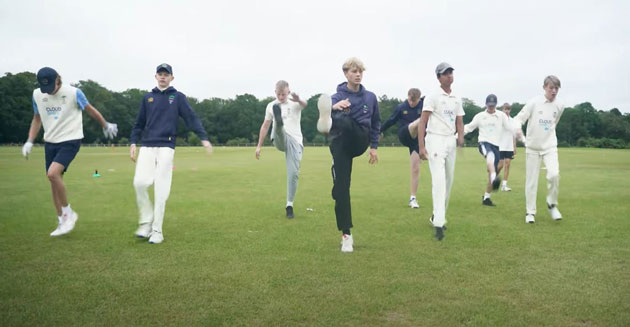 By Adam SofroniouMarch 7, 2022No Comments

Do you remember your first steps in cricket? Whether it’s in the back garden, at a local club or in school, those early experiences of the game can bind in a young girl or boy for life, which is why Kim Price’s role within the Surrey Cricket Foundation is as crucial as any.

It became much harder to perform during the pandemic, when school and sporting activities spent large periods in abeyance while the long lockdowns were being endured.

“That was quite difficult,” admits Price, adding: “Our focus was keeping the lights on even though the doors had to be closed. Clubs were very fortunate that so many people continued to pay their subs even when cricket wasn’t possible, which made the financial situation much better than it might have been.”

Many youngsters have been enjoying the All Stars (ages 5-8), which provides eight weeks of fun and skills development, offering an opportunity to make new friends, a backpack for each player including a plastic bat, ball and personalised T-shirt, ECB central funding ensuring that 960 free places are on offer this year in Surrey, among more than 15,000 nationally. And for the 8-11s, there’s the Dynamos, with many of the same features of the All Stars plus a few extras to suit the older age group including the use of light wooden bats.

Price commented: “There are a lot of good things which come from the All Stars. Having everyone wearing the same kit means you don’t have players and parents worried about buying expensive equipment, which is a worry for some, and it’s the perfect environment for parents and guardians to volunteer.”

Working alongside is Dynamos Schools Cricket, which has replaced Kwik Cricket – often demonstrated on the outfield in big matches at the Kia Oval over the past few years – which is a schools-based pairs competition, the name change designed to be a link between the starting points for youngsters in schools and clubs.

The Chance to Shine scheme, set up after England’s Ashes victory in 2005 to revive the game in primary state schools has seen thousands of young players enjoying courses of 6-8 weeks. It is delivered free by qualified coaches provided by the Surrey Cricket Foundation and their counterparts around the country. In Surrey alone, more than 10,000 will enjoy the game within curriculum time this year.

“The important additional benefit is that Chance to Shine trains teachers, so that they can continue the work there over a longer period or take their skills to another school,” says Price.

An important landmark was reached last year in the history of the Hobbs Trophy, named after one of Surrey’s greatest players, which involves U15s from players in state schools in south London and the outer reaches of Surrey, when the 50th match was staged. With London Schools unable to organise a side after the problems of the lockdown, a team from the ACE Programme took part and went down valiantly by just two runs.

Given such a short season, especially for secondary pupils, playing indoors during the winter takes on an important role, six regional competitions around the county feeding into finals, the boys playing six-a-side and girls eight-a-side.

For sheer industry, it would take much to overtake the Pride of Lions courses, which are staged on each side of Christmas across eight venues around Surrey – including the Ken Barrington Centre and the Surrey Cricket Centre at Guildford – with more opportunities at Easter, half-term and during the summer.

Such is the appetite for the game that Price reckons around 1,500 players will benefit from more than 40 courses across the county, with coach ratios kept as low as possible to give every participant as much attention as possible.

“Although most of the courses are mixed, we have started to offer girls-only sessions as there has been a definite rise in numbers taking up the game,” she added.

An enormous wealth of junior competitions – now including the well-established Surrey Trust League – now come under the roof of the Surrey Junior Championship and the SCF expect to be busier than ever when the new season starts.