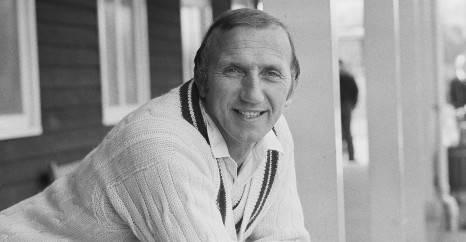 The Kia Oval to be renamed ‘The Micky Stewart Oval’

By Darren HanleySeptember 1, 2022No Comments

The Kia Oval is to become ‘The Micky Stewart Oval’ in celebration of the Surrey County Cricket Club Legend’s 90th birthday.

The iconic south London venue will be renamed in honour of Micky Stewart OBE for the duration of the LV= County Championship fixture between Surrey CCC and Yorkshire CCC from the 20th to the 23rd of September.

Kia have agreed to relinquish naming rights for the period in recognition of Stewart’s incredible 75-year association with Surrey County Cricket Club.

Club members have been able to watch a day’s cricket from within the Micky Stewart Members’ Pavilion since 2017, but now all supporters will be able to enjoy a game of County Cricket under the Stewart banner.

Micky Stewart OBE has served Surrey as a player, captain, coach, Cricket Manager and President. He has been a member of the club since 1947 and made his playing debut in 1954. He became a mainstay in a side that would win a record seven Championships in a row. His son, current Director of Cricket Alec Stewart, is a club legend in his own right.

Micky turns 90 on September 16th and, ahead of the game against Yorkshire in the renamed Micky Stewart Oval, he will also receive the Freedom of the City of London.

He has been invited to a ceremony in the City on September 19th, having been nominated by Alderman Gregory Jones QC and seconded by former Lord Mayor, Alderman Sir David Wootton.

From there, Micky will then be present on the second day of the Surrey v Yorkshire game, on Wednesday September 21st, where he will receive the ‘Keys to the Oval’ in a special presentation.

More details to be released to members and supporters in due course.

Micky Stewart OBE said: “When I heard what the club had planned, I was utterly and completely overcome and found it difficult to believe.

“I first saw inside The Oval during the Second World War. I have been a member since 1947 and it has been a privilege to have served the club as player, captain, coach, Cricket Manager and President.

“I myself and my family will feel exceptionally proud during the final match of the season particularly as it is against Yorkshire.”

“Micky has been closely involved at Surrey for 75 years and has made an extraordinary contribution to the Club. It is only right that we find a fitting way to celebrate a milestone as special as his 90th birthday.

“I’m delighted that our partners at Kia have offered to help us mark this occasion, and we very much value their continuing support.

“This is a great way for Kia, our 17,000 members and everyone involved at Surrey to join together and celebrate a legend of cricket and our Club.”

Paul Philpott, President and CEO of Kia UK said: “Micky is an inspiration and has been a fantastic servant to Surrey County Cricket Club, and the English cricket landscape as a whole. Having been proud title sponsor of Surrey County Cricket Club and The Kia Oval since 2011, we at Kia UK are delighted to be able to support the celebrations for Micky as he reaches this incredible milestone, by temporarily renaming The Kia Oval in his honour.

“We look forward to continuing our fruitful partnership with Surrey County Cricket Club and seeing Micky in and around The Kia Oval in the future.”